A symbolic jewel passed down from generation to generation, the signet ring is a great classic jeweler. Abandoned for a long time, she recently returned to the forefront of the fashion scene, becoming a trendy and precious accessory. But let's go back to his story first. 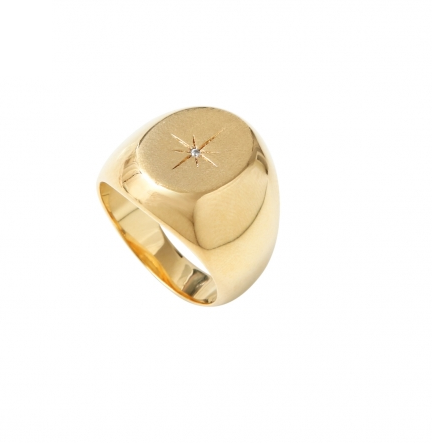 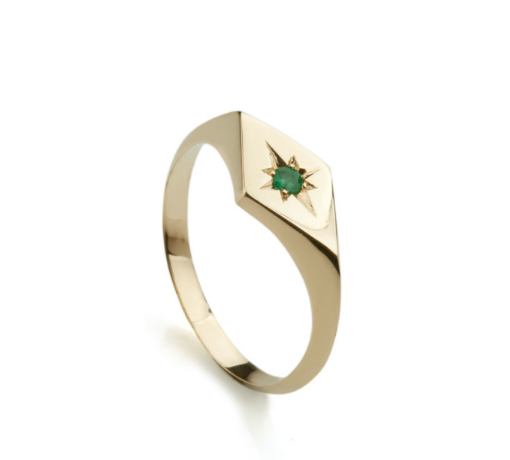 The signet ring exists since ancient Egypt. The wearing of a signet ring was a very common practice in ancient Rome, while in France, it was not until the Middle Ages, and more precisely the time of chivalry. It was essentially jewelry worn by men of power or to signify their membership (religious, military, nobility ...) and were used for the realization of seals. Indeed, one engraved on the metal or the stone set with the coat of arms, portraits or inscriptions on the large kitten. 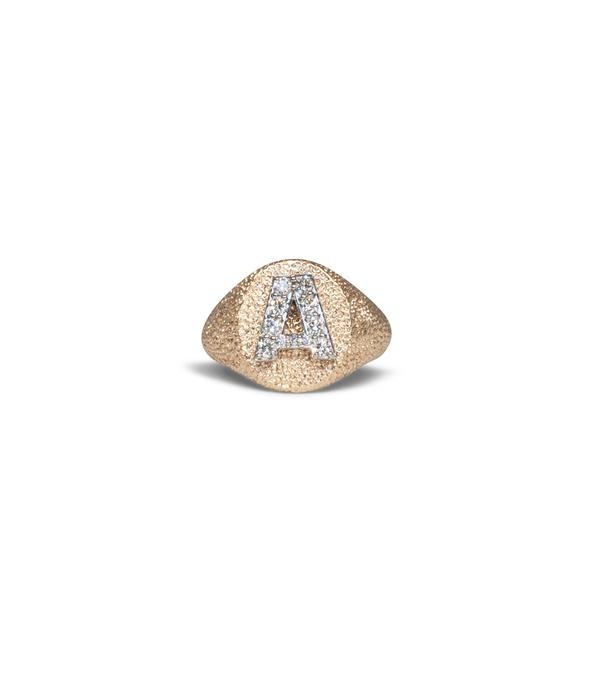 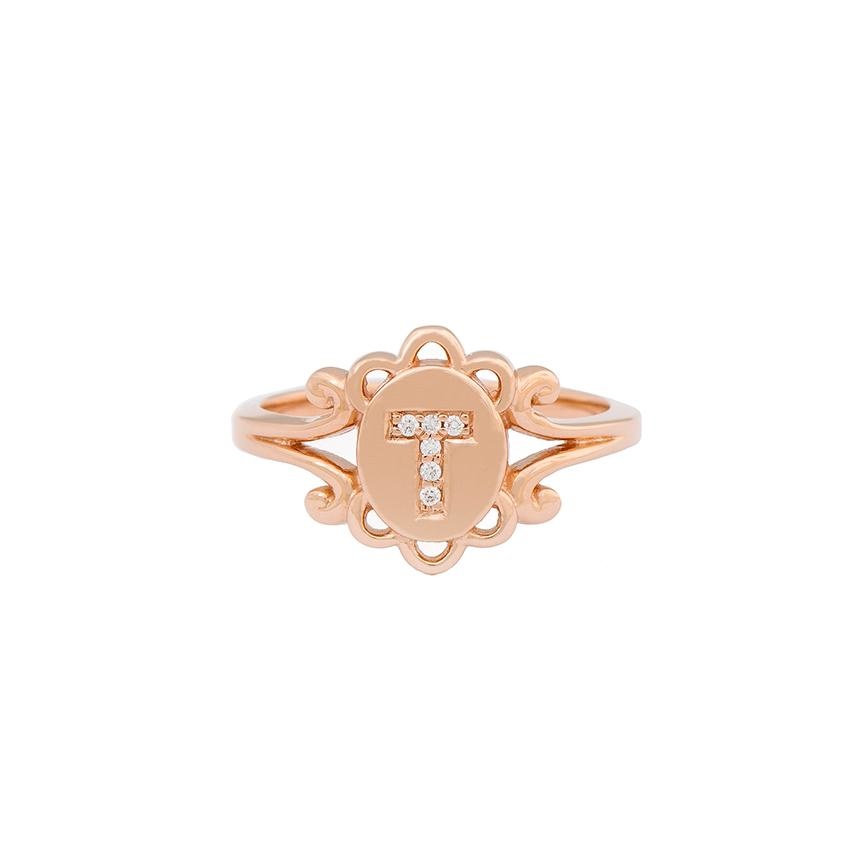 Today, the model is reinterpreted, more aggressive version for men and more gentle for women. This timeless jewel finds followers through the addition of precious stones, precious or hard and more varied forms to aim for modernity. It can be worn on the finger of choice and personalized with a pattern or initials. 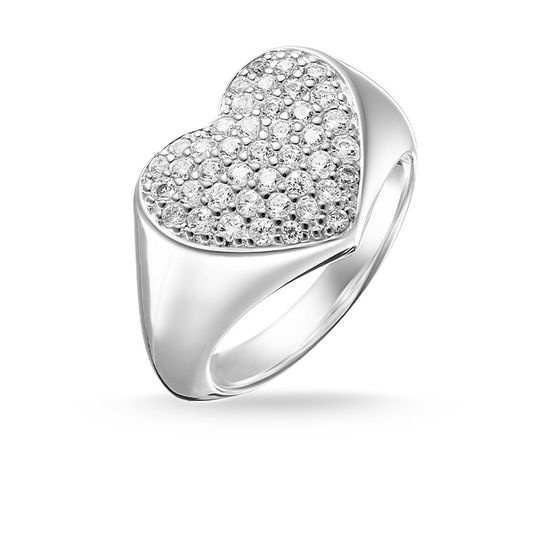 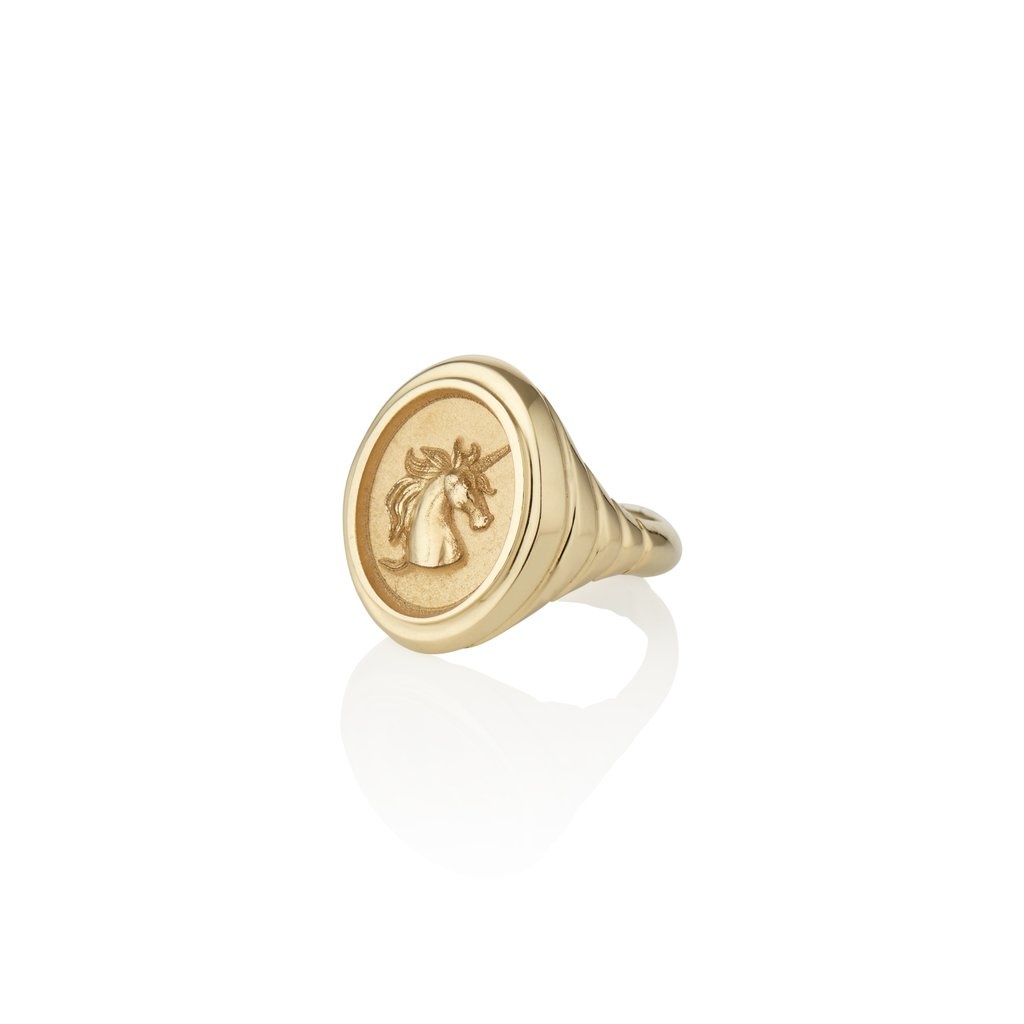 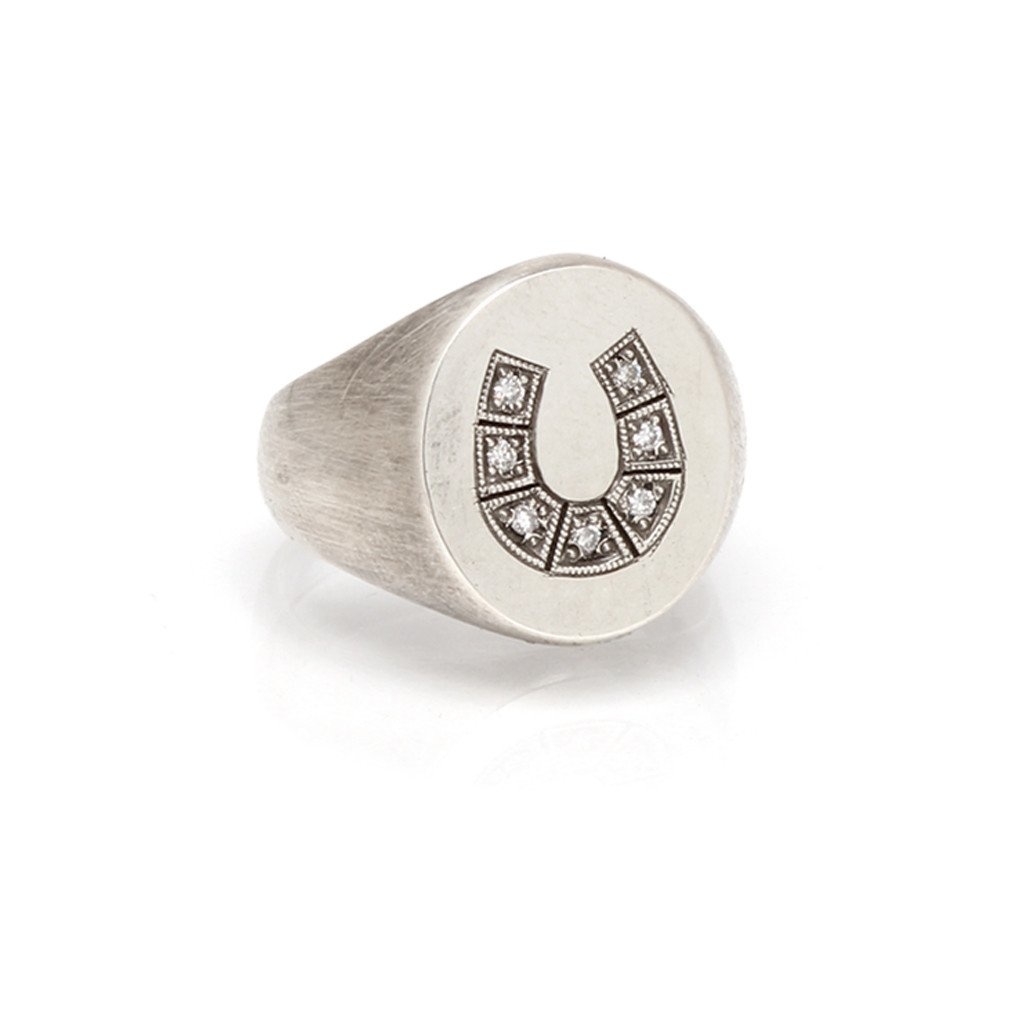 Personally, I love this jewel. So I asked Elie for a tailor-made project. I chose a matte silver version with two diamonds set star on the sides and initial engraved: A with a small heart in the middle. Elie applied a special treatment to blacken the engraving and give it more depth. I chose to wear it on the little finger of my left hand and it is a jewel that almost never leaves me. 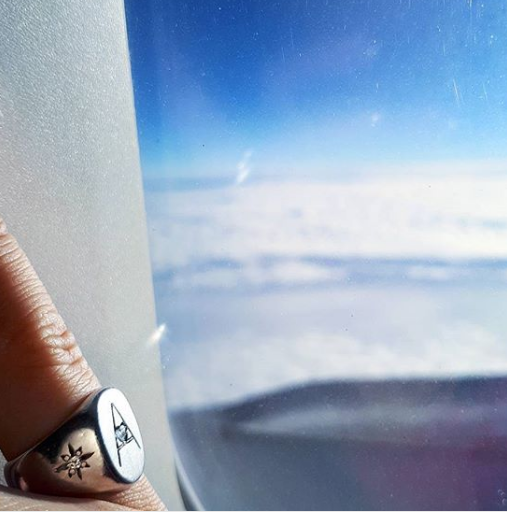 Here is a selection of signet rings that will appear on your  wish-lists! In gold, heart-shaped or rhombus ... Which will make you crush on? 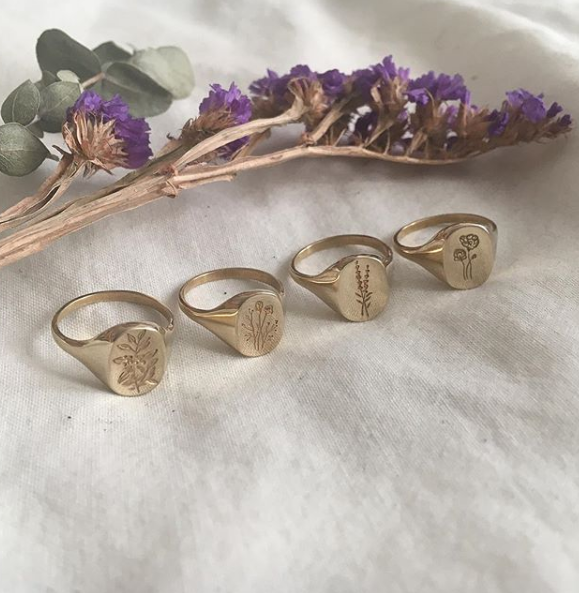 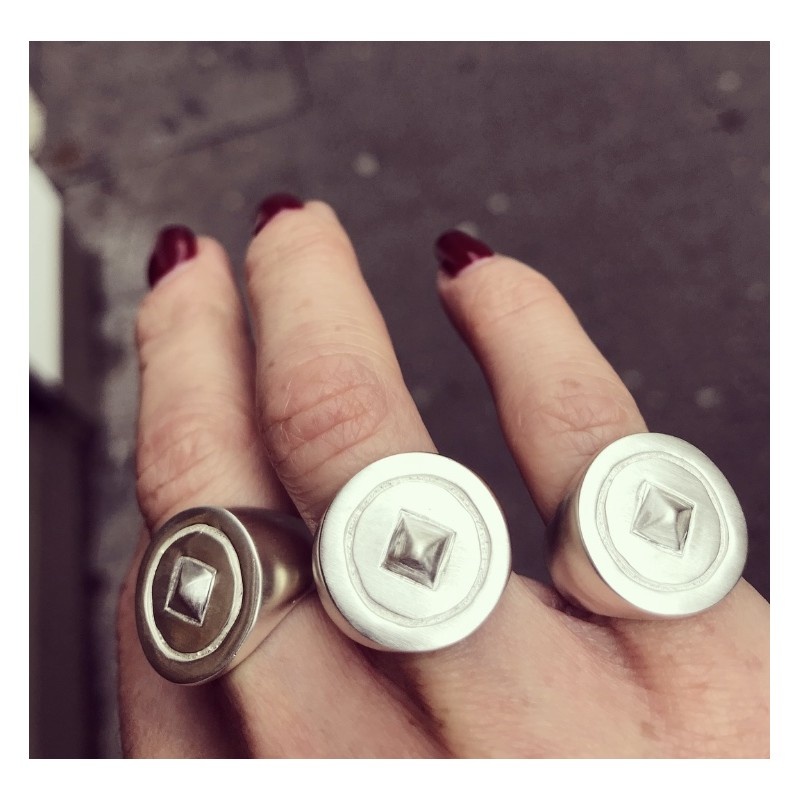 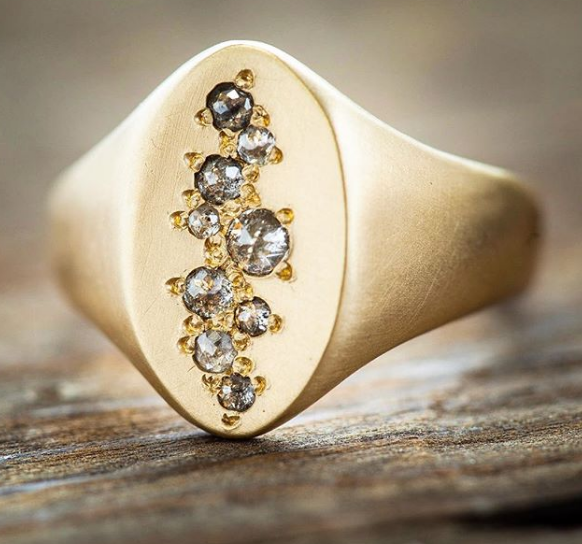 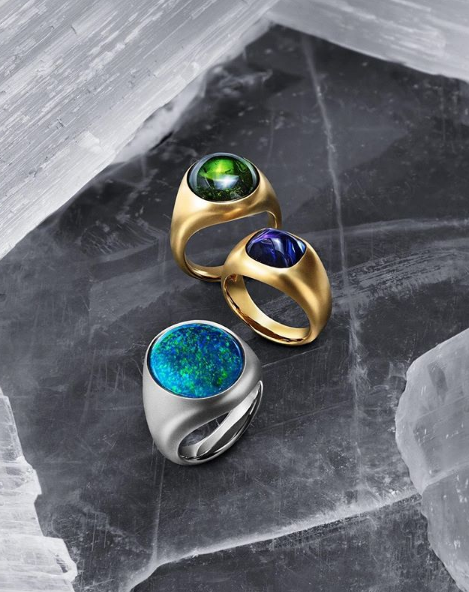 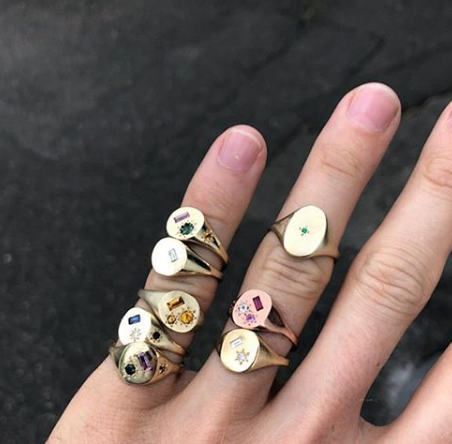 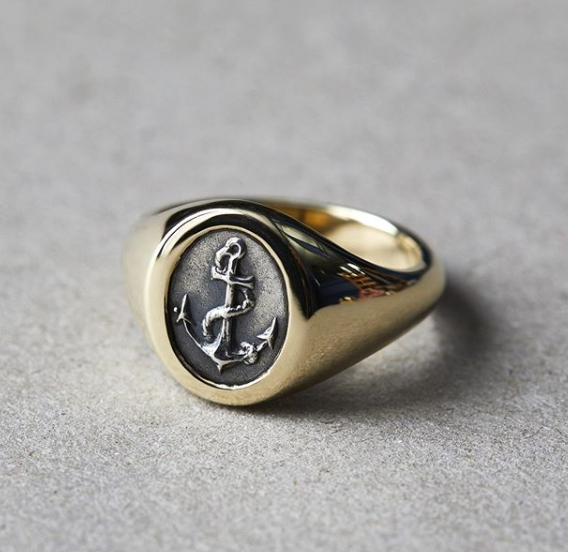 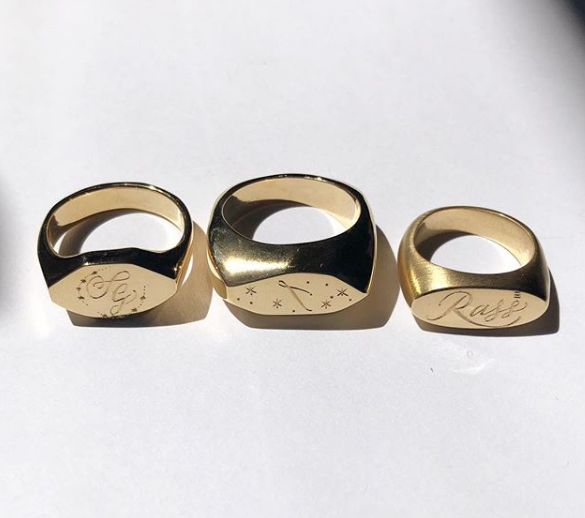 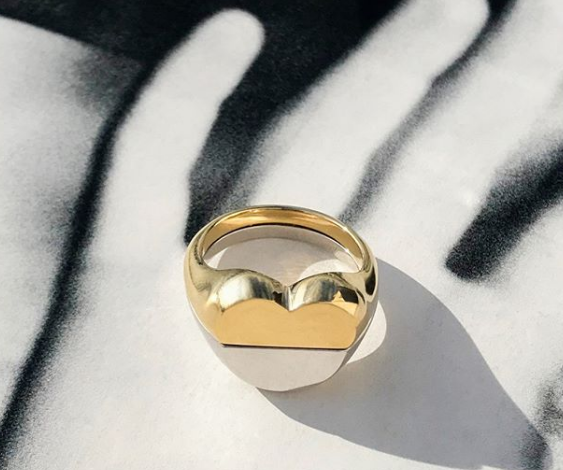 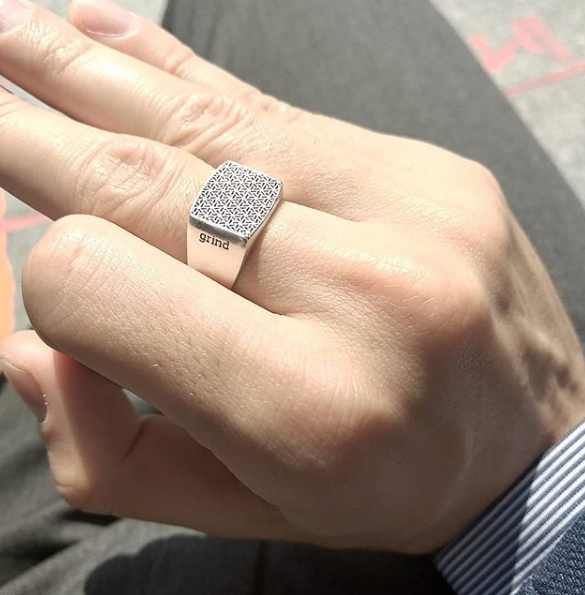 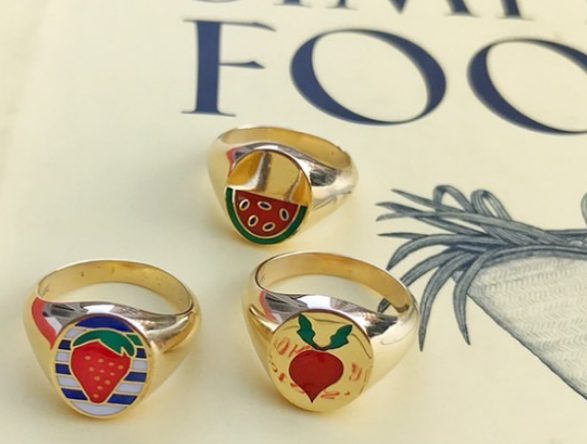