The lapis-lazuli is a metamorphic rock of the feldspathoid group. It is a stone composed of at least 14 different minerals whose lazurite gives it its intense blue color, the calcite which gives it its white veins and the pyrite which decorates it with golden reflections. The main source of the most beautiful stones is in Afghanistan but we can find lapis lazuli also in Chile, Russia, Angola, Burma, Pakistan and the United States. The name derives from the Latin lapis, which means stone. Lazuli comes from the Persian and means Azure. This opaque stone of color blue, between azure and ultramarine is best known as an ornamental stone. The lapis lazuli was one of the favorite stones of the Egyptians and pharaohs. They cut it in scarabs and amulets in the shape of an eye to protect them. The Greeks called it "the sapphire sprinkled with gold," which confirms the theory that sapphire and lapis-lazuli were often confused. According to ancient texts, lapis-lazuli was used to help difficult pregnancies.

Jewelers are increasingly using this stone. It fit perfectly with metals in gold or silver tones. We observe the creations with the lapis as well on the place Vendôme as in the independent designers. Finally, I present the magnificent creations from here and elsewhere. 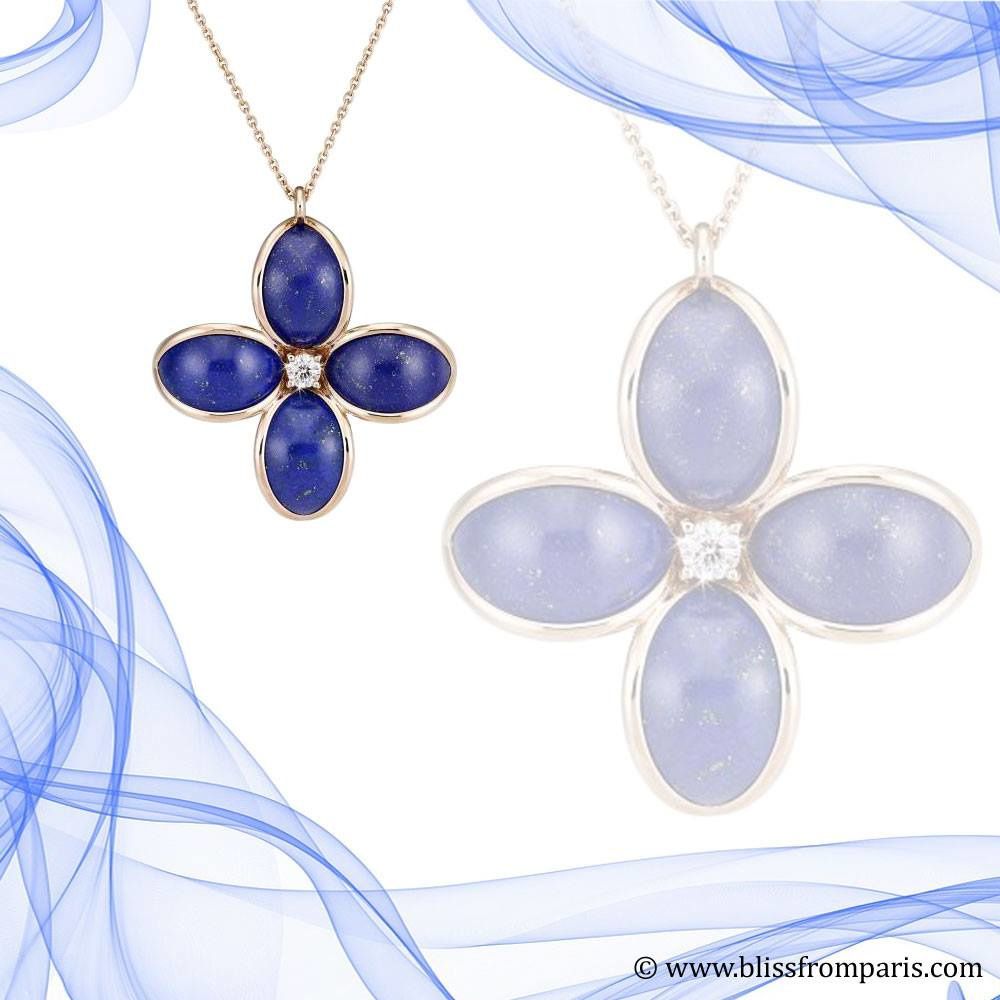 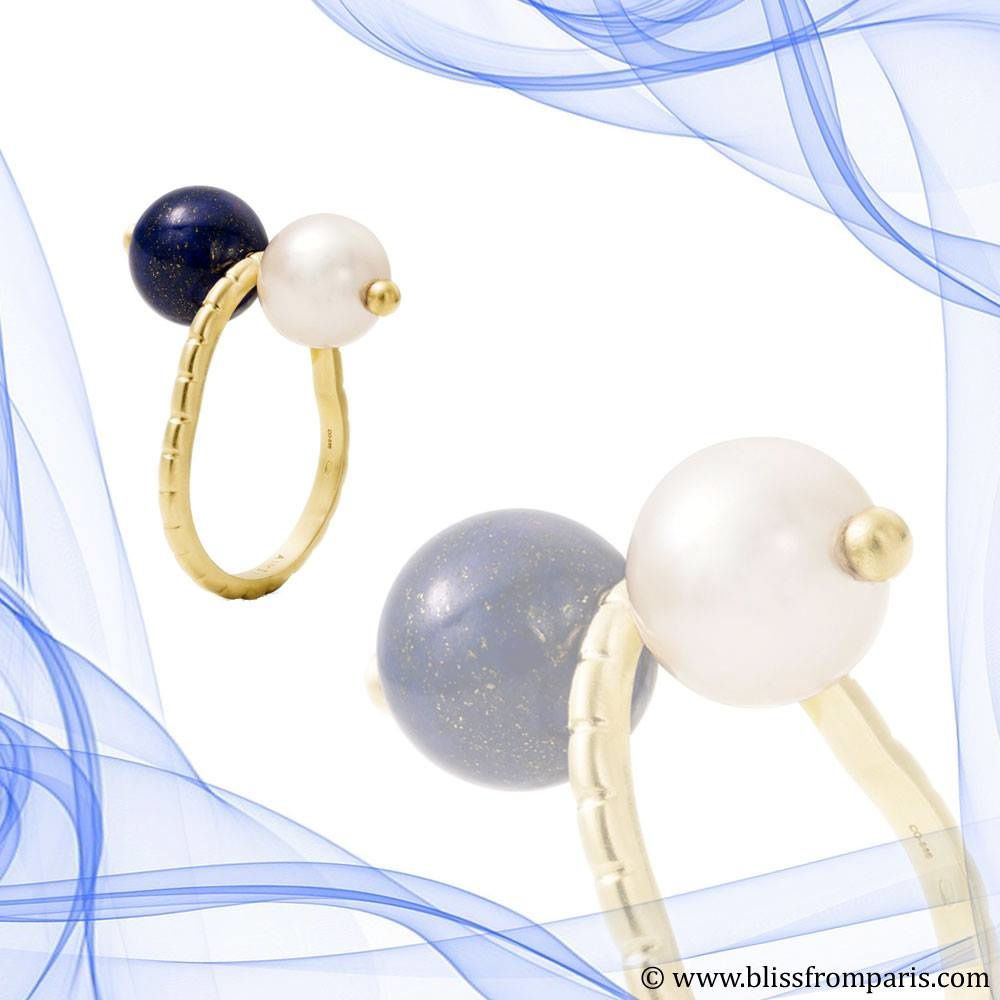 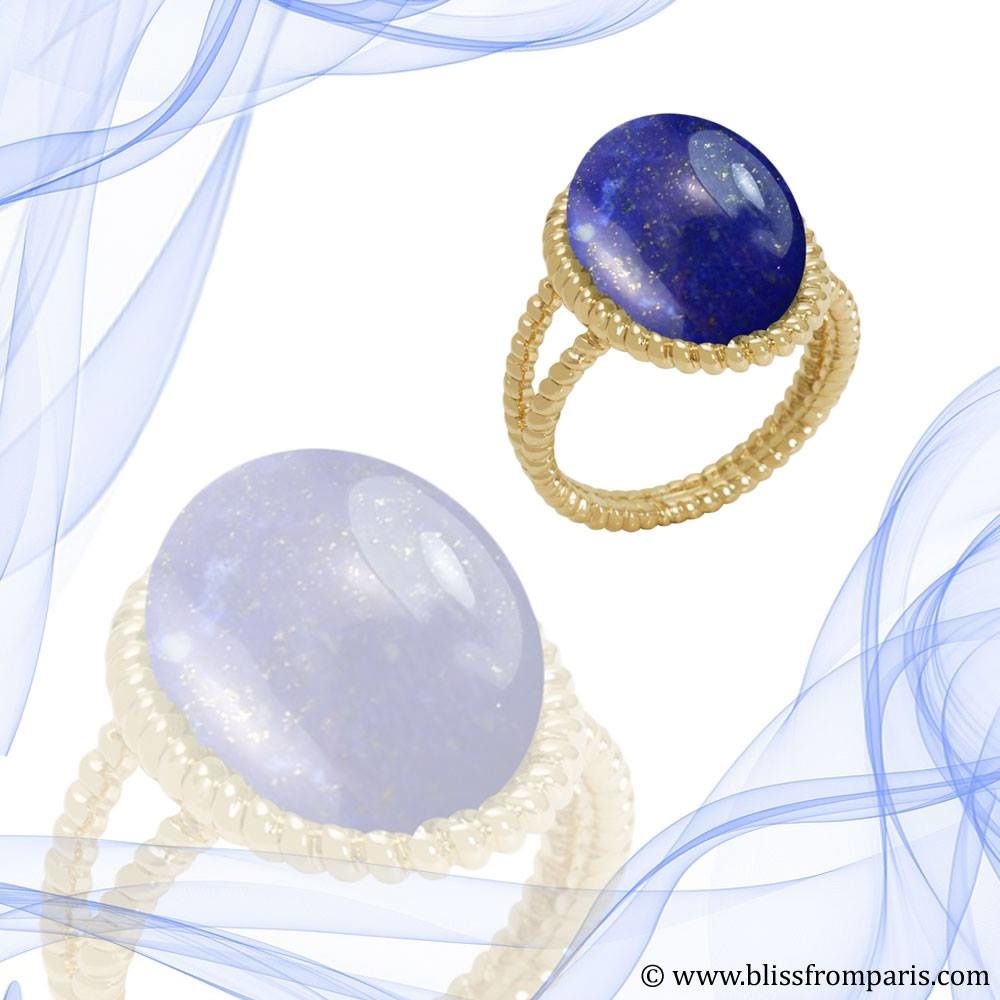